The institution of marriage is getting, if not already, archaic. Approaching 2015 and there are hardly any reasons to get married these days. Everything marriages used to provide in the ye olde days is now respectfully and legally available without having to tie the knot. Home equity loans available to single people, designer sperm banks, pre-screened ‘play’-mates…

Okayyy…so perhaps it isn’t so out of fashion here in this palm-swaying island nation of mine but nothing so pristine about weddings here either. Out of the last 5 weddings I remember of; 2 couples gunned down the aisle because they found out they were pregnant and the other 3 got their spouse-sponsored visas stamped (after several arounds of hit-and-miss on the personal ads section of The Fiji Times.) So just incase you were thinking we islanders still had traditional values instilled in marriages, well that’s shot.

But despite such cynical and bleak reasons, we’re still obsessed with pairing up with ‘the one’ and sailing off into the sunset. Big, bang desi family functions are the worst, I tell you. Especially if you’re unmarried and on the other side of 30. Younger cousins flash around their engagement rings, older cousins walk around with their second 3-year olds hanging off their hips and the auntiji‘s sniff you out and put you on the spot as if you have a terminal disease.

It is here in the big family jamborees where my entire existence gets dissected. Over the years, there have many speculations on the family grapevine as to why I haven’t tied the knot yet. From having my heart irreparably broken to the possibility that I might be a lesbian who hasn’t come out yet. But the one that gets most wind is that I absolutely, utterly hate men. That I am a non-wife-material feminist and in the miraculous event that if I ever do get married, the poor chap will lead a miserable life under a reincarnated Cruella de Vil.

I don’t hate men. I might occasionally get into little…disputations with them just to prove that you don’t need a penis between your legs to construct buildings but I don’t hate them. On the contrary, I actually respect them as the opposite gender. Granted few (same can be said for women) are not worthy of respect but generally I view men as I would like them to view me. As equal.

But you see, here’s the thing  despite the cynicism – *whispers* I really do believe in the institution of marriage but not for the reasons which most couples are racing down the alters for lately. Because I am a bit old-school, it peeves me when marriages in my side of the hood especially by women are treated as a stepping stones or as means to achieve some sort of end result.

And because my auntijis are more old-school than I am, they really can’t seem to comprehend my following reasons NOT to get married yet:

Marriage is Not For Your Financial Security

There used to be a time when women were married off to have their financial burdens transferred to their new husbands. In return, woman played home-maker to earn her keep. From the prairie in Mississippi to Hertfordshire in England to Labasa in Fiji, a common practice. 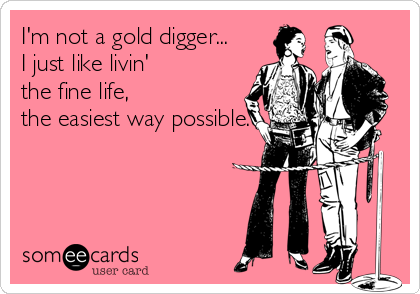 But this is the 21st century and getting married to a man for financial security is a bit foolish. Parents are also getting savvier. The moment they marry off their last daughter, most like to go on a long ship cruise holiday. Therefore chances of going back to your folks in the event things don’t work out, have also become minimal in the present year.

My point? If you don’t want to work after marriage, that’s absolutely fine. But before you do get married, learn a skill, earn some money, buy some stock, fix some TDs and secure yourself. And till you’re in a financial position to support your own self, it is not fair to expect your husband to do it for you. (of course yours is different but just in case…)

Marriage is Not For Your Child Fantasies

Yes I know. The moment we turn 28 if not earlier, our maternal antennas start twirling. And if PC has started singing lullabies, then what hope is there for the rest of us!

A really good friend of mine getting married soon has no hesitation in saying out loud that she’s doing it only for the children. Yes I understand the biological race against time in your 30’s but having children as part of a marriage should be a consensual decision where your husband should also reciprocate your feelings. If it’s only a child you’re after how about adopting one? You’ll save all that wedding costs.

Bringing a child in this world is serious business and not a fantasy to indulge in. If you’re an independent woman marrying only to bear child, how about you take a bold step further and do it without marriage. It will save a lot of heartache, tears, false expectations and explanations later in life.

Marriage is Not a Cure for Your Loneliness

Join a local volunteer group, take up a sport, learn kick-boxing, take a different route to work everyday, approach that one person who hate the most and sort it out, travel around the world, anything but don’t get married just because you are lonely. Despite the bullshit of having your own personal cheerleader and a permanent partner to go to places, marriage won’t fix your loneliness. Only you can.

Marriage Does Not Provide You Stability

Don’t fall into the nay words of your relatives. There is nothing stable about sharing your bathroom with someone after 31 years of exclusive use! 😛 Stability is something you work towards and are ready for. Marriage does not automatically provide you with stability in life, it’s something you take to the marriage. 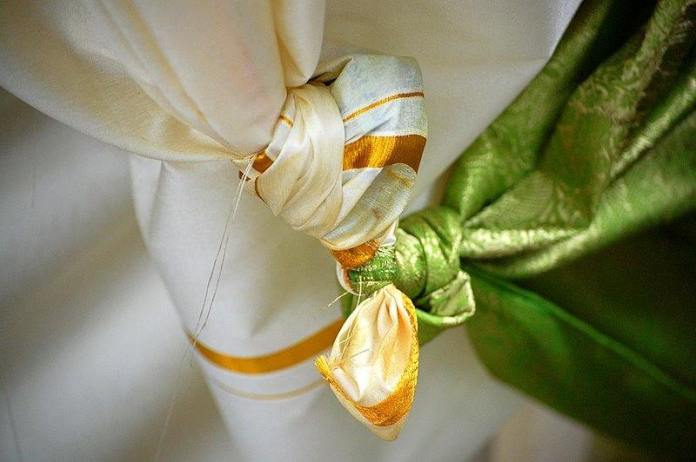 Marriage Does Not Complete You

Before you get married, you have to be content with yourself. Your husband is someone who’ll make you a better you. Someone who’ll just magnify your awesomeness to the power of infinity. But to expect him to complete you? That’s just too much unfair expectation on the poor chap. That’s on you.

Then What is Marriage For?

Notice how the word ‘love‘ hasn’t appeared in this post yet?

Yes, that’s how cynical the institution of marriage has become. Most of us approach marriage like a long-term investment deal, keeping our own agendas and expectations at the forefront. We’re marrying for security, materialistic comforts. Isn’t it supposed to be for companionship, for in sickness and poor times and stuff of till death does us apart?

In one of her many chat sessions, Suruj once told me and it has always stuck, marriage works on building things together. So it isn’t necessary that all the boxes are ticked on your husband checklist or someone you marry is loaded with chestfuls of money (ultimate desi aunty dream). What is important is that two people in a marriage come together to work for love and with love towards each other.

Because in the end, marriage is really not about you, it’s about who you are going to spend the rest of your life with.

ps. You may substitute the word ‘husband’ with partner.  Love is love is love!  🙂

3 thoughts on “The Right Time To Tie The Knot”